We had the pleasure of watching Jade's class play last night. Her class had been practicing all month. They had held auditions for the speaking parts and Jade scored a pretty decent role. She was an elf named Bustle in a play called "Randy the Red-Horned Reinmoose". Very cute. 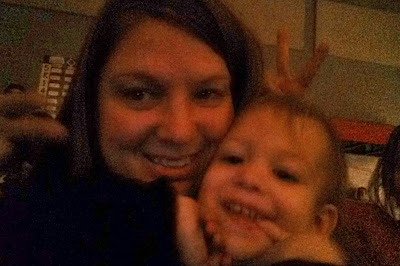 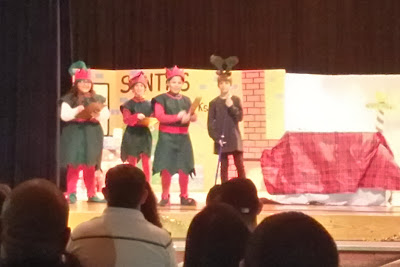 Jaders is the middle elf 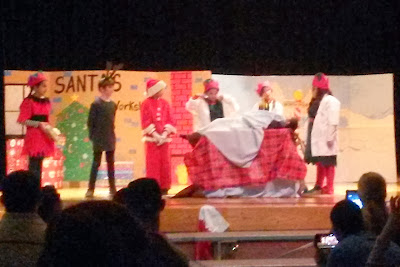 Her best line: "I know what's wrong with Rudolph - his batteries are dead! Now....where do I put these?" 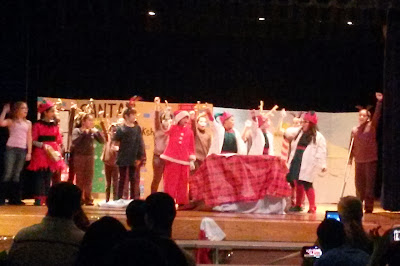 Three cheers for Randy the Reinmoose! 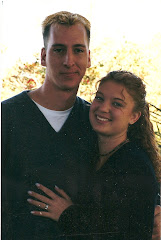